Squirrels are a species in the Sciuridae, or squirrel, family. From chipmunks, to ground squirrels and prairie dogs, most squirrels share some traits. Many of these animals have thick fur coats of various lengths, and bushy tails. They typically have longer rear legs than front legs, and sturdy claws. Many species are adapted for climbing. The squirrel family contains over 285 species, and each one is unique. 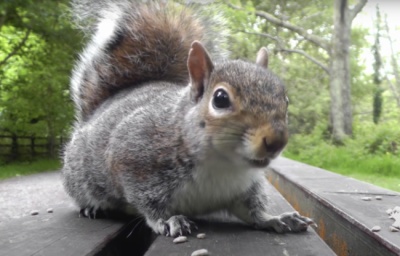 “Kuk” or “Qua” noises. Buzzing, scractching, chattering, whistling, or the stomping of feet.

The main instances where squirrels can be dangerous are when they cause property damage, especially in built-up areas. A squirrel’s incisor teeth are constantly growing so they must chew regularly to prevent them from overgrowing and causing injury. They usually do this on bark and the shells of nuts while they forage, but in densely populated areas, squirrels have become a serious problem. 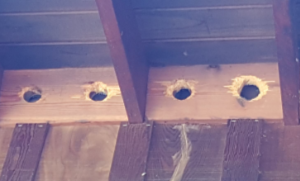 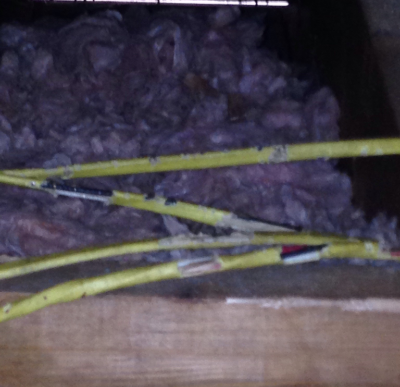 They will chew through a home’s structural support since most are built using wood and plaster. This weakens the strength of the home and puts it at risk of collapse. Squirrels have also been known to chew through cabling and electrical wires, which is a serious fire risk. 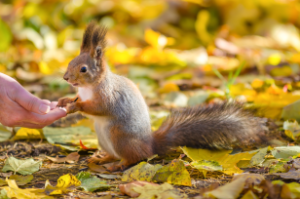 Squirrels generally do not pose a threat to humans unless an attempt is made to handle them. As a prey animal, their instinct is to run from potential danger, and will only bite if it is their only option. In urban parks where people regularly scatter food, squirrels have become used to human contact and will sometimes take food straight from the hand. 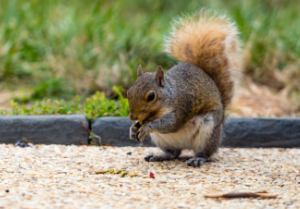 The animals most at risk from squirrels is surprisingly other squirrels. The Eastern Grey, native to Eastern North America, is the most successful species. This species has the largest population and proves to be the most efficient forager.

They were introduced to European countries including United Kingdom, Ireland, and Italy, unfortunately becoming classed as invasive and caused a drastic decline in the number of native Red Squirrels. Smaller and slenderer than their American cousins, the Red Squirrel suffered due to the Eastern Grey introduction from disease spreading and a smaller food supply.

Various Squirrel species are scattered across the world. They are a small-medium sized rodent that forages for food such as nuts and berries. During the colder months most squirrel species will hibernate. In the months before hibernation, squirrels will begin to store nuts, seeds, and berries so they have a food supply for when they wake up. All squirrels can find their food stores using scent; however, it is common for squirrels to steal another squirrel’s stash. 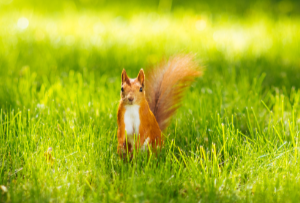 In America and Mexico, the dominant species is the Western Grey Squirrel, although the Fox Squirrel is also native to North America. The Fox squirrel is the largest American species and does quite well when co-existing with grey squirrels.

Although it is uncommon to have squirrels as pets, there are a few exceptions. Most squirrels kept in captivity either live in animal parks, zoos, or rescue centers. To keep a squirrel in captivity you must apply for a license. They can live up to 10 years if well cared for, so they are a huge commitment. They need lots of items to chew through to keep their teeth from overgrowing. They also need to be able to climb, have areas to forage and to bury their food. 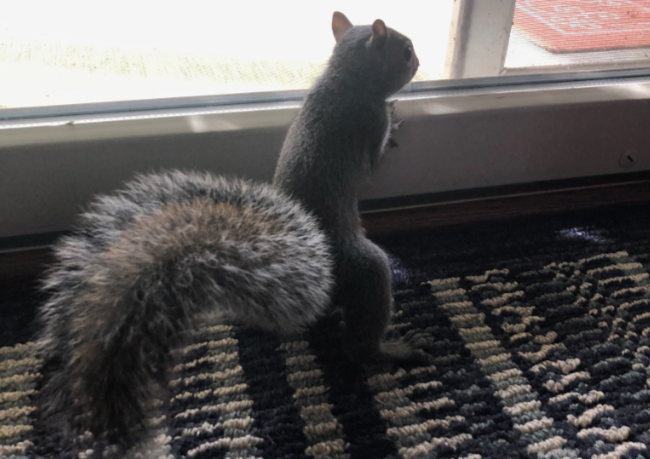 Captive squirrels do not usually hibernate or will hibernate for a shorter time than they would in the wild. It is generally not a good idea to have a squirrel as a pet unless you are rehabilitating them after injury and planning to release them back into the wild.

As far as dangerous goes, squirrels are generally quite placid creatures, more likely to hide away in the trees than to bite or attack. You are more at risk from a squirrel if you attempt to feed or handle it, so it is probably best to admire them from a distance.