Everything You Need to Know About Armadillos

For those of you that haven't yet had the pleasure of seeing one of these fun creatures, they are barrel-shaped with bands of armor running across their head, back, sides and tail. This armor provides protection for the creature against predators, but sadly it doesn't protect them from cars, which often unwittingly run over them. With that being said, in this article today we will discuss everything you need to know about Armadillos, including their habitat, diet, behavior and the various types of Armadillo there are, so read on to discover more.

The size of Armadillos varies from species to species. For instance, the Pink Fairy Armadillo is the smallest of the group, which at only 3oz is about the size of a chipmunk and just over 5 inches long. On the other end of the scale is the Giant Armadillo, which is about the size of a large dog and can weigh up to 120 lbs. and almost 60 inches long. The rest of the species are in between these smallest and largest sizes, like the nine-banded Armadillo, whose average size is between 25" and 48" long and weighs between 8lb and 18lb. 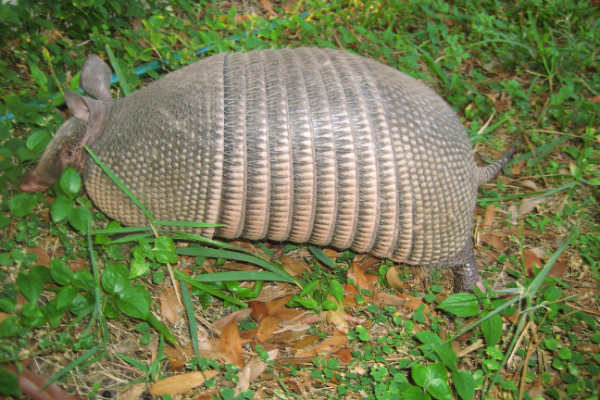 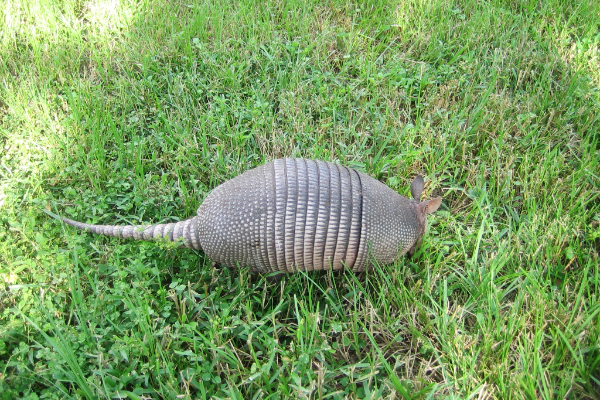 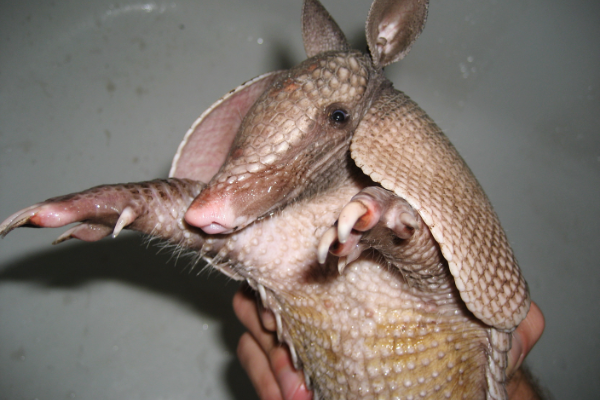 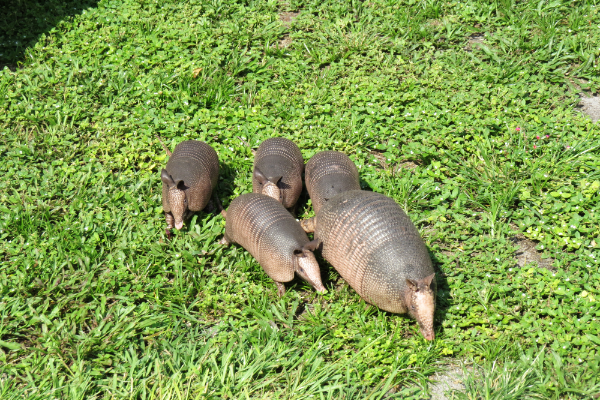 Armadillos are omnivores, and this means that they eat both plants and meat, though the majority of their diet is made up of larvae, beetles, worms and other insects. Most mainly feed in the early morning or early evening as they sleep for up to 16 hours each day. They seek out their food through their extremely good sense of smell because they have extremely poor eyesight. They have a long sticky tongue that they can utilize to catch termites and other insects, which they dig out of the ground with their sharp claws. 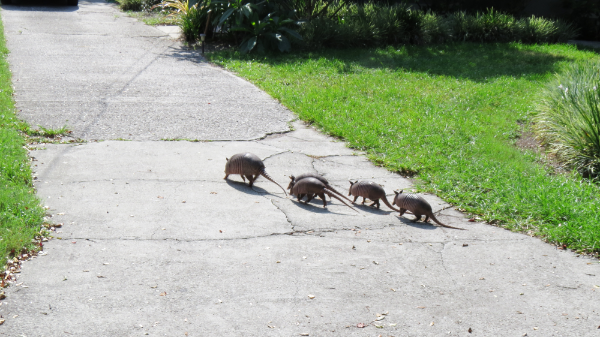 Armadillos are solitary creatures and spend most parts of their lives foraging for food and sleeping, but they do get together for mating. Young Armadillos, or pups, become self-reliant as young as 6 to 12 months after being born, and there are some unique facts when it comes to Armadillos reproducing. For instance, the nine-banded Armadillo will always have quadruplets of the same sex, and the odds of that in humans are millions to one, yet the nine-banded Armadillo does this every single time.

One possible reason behind the identical quadruplets is so there is no inbreeding, or it could just be a genetic twist. The nine-banded Armadillo starts reproduction in summer, and can take up to four months for an egg to become implanted, and another four months before the pups are born. In contrast, the seven-banded Armadillo can have up to 15 identical pups at one time, although 8 to 12 is more common.

Pups are generally weaned between two to four months and are mature enough to have offspring of their own by 12 months old. Armadillos can live up to 30 years, depending on the species. For instance, the three-banded Armadillo usually lives around 16 years, though they can live much longer in captivity. Though most Armadillos are nocturnal, the nine-banded Armadillo will often come above ground during the day to make the most of the sun.

Armadillos like to inhabit parts where the soil is loose. This is because most of what they eat lives in the ground and they like to dig out burrows to shelter and hide from predators. They do have sharp claws, which they can use to dig efficiently and quickly, which makes them ideal for the forest and grassland areas that they are often found in. There are so many different species of Armadillos that their habitat can vary from forests to river banks and even sand dunes and rain forests. They are very adaptable and their habitat has extended quite a bit over the years.

Distribution of The Armadillo:

Other Facts About Armadillos: 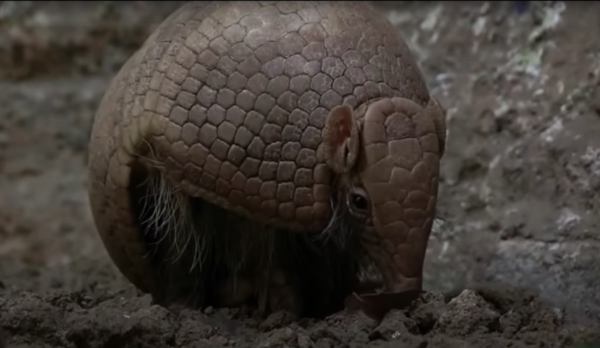 The plates of Armadillos are made up of solid bone and grow directly from the vertebrae, so it's nothing like the tusks of elephants or the horns of a rhino. Contrary to popular belief, there is only one species of Armadillo that can actually curl up into a complete ball to protect themselves from predators, and that is the three-banded Armadillo. Most other species will dig into the dirt and lay flat, so only the shell is exposed, and by them lying flat into the ground it helps them to protect their soft underbelly.

When many of the Armadillo species are in danger of attack they will jump into the air up to four feet high. There is an assumption that this may scare off their predator. Armadillos are quite closely related to the Sloth and the Anteater, and this is characterized by their unique hip shapes and lower body temperatures. The word Armadillo is Spanish for 'little armored ones', and another fact that is not well known is that they are often used to study leprosy, this is due to their low body temps and sluggish metabolisms, which is ideal for the bacteria that causes leprosy.

Now you know much more than you did before about the unusual animal known as the Armadillo. You should not handle Armadillos due to the potential of leprosy, so if you see an injured one on the road you should call animal control who will take care of it safely. Armadillos should not be kept as pets, so your best bet to see one up close is at your local zoo or in the wild regions they occupy.