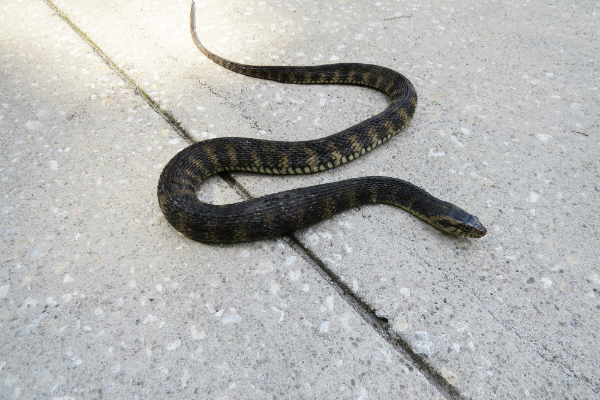 Most people consider snakes as scary animals. Indeed, the sounds and appearances of snakes can be startling and intimidating. However, even though some species are dangerous, many species pose little to no threats to human beings. As a matter of fact, they perform vital functions in the ecosystem.

Understandably, most people cannot recognize the presence of snakes within a given space until they have a direct encounter with the reptile. However, the good news is that you don’t have to see a snake before you identify their presence. With some useful tips about their behavior, you can easily determine whether a snake is close by or not. If you would like to learn about some key actions to identify a snake, we recommend reading this article to the end. Enjoy reading!

The first key attribute of snakes worth keeping in mind is the sounds they make. While most people believe snakes only rattle or hiss, they do much more. Snakes are capable of shrieking and growling, depending on the species. Also, when a snake is cornered, they can start releasing air through the vents in their back-end to create a popping sound called flatulence. Interestingly, these reptiles can even make loud sounds with the aid of a small hole inside their mouth.

Most snake species hiss, especially to scare away a potential predator. A good example of a snake that hisses is the pine snake. Also, due to the vocal cord found inside pine snakes, they are known to bellow, releasing a shriek-like sound in the process. Species such as rattlesnakes possess rattlers with which they make a rattling sound. Furthermore, snake scientists have explained that some species are capable of growling, such as the king cobra. So, if you ever come across a serpent hissing, rattling, or growling, it is advisable to watch your steps.

Another little-known factor of recognizing a snake is through their droppings– some even consider it as a mystery. Although it is rare to come across snake poop, it is real. Snakes release sloppy and haphazard excrement. The poop is usually similar to bird poop. However, unlike bird droppings, they often contain fur, nails, teeth, and other digested materials. Also, bird droppings are whiter due to the high level of urea present. On the contrary, snake poop features a small white urea cap.

Considering that snakes have only one opening, the cloaca, they release both liquid and solid waste together. Thus, snake poop is usually moist when still fresh. Additionally, you will rarely find snake poop having form because snakes do not feed on fibers – they are strictly carnivores.

It’s rare to find snake droppings in large quantities since they don’t eat all the time. Also, they are not social animals; thus, they rarely gather. But sometimes, a female serpent can attract male snakes when she is ready to breed. In such a case, you may have a considerable number of snakes in the area. If you ever come across snake poop in a space, you are best advised to leave immediately.

Unless you are a snake specialist or intentionally searching for snake paths, you’ll rarely notice the tracks. However, areas where you can easily see snake tracks include sand, dirt, mud, or soil. Also, it’s worth noting that snake tracks can occur in five different forms, depending on their movement. The five forms are as follows: