Have you ever heard of the little brown bat? If not, then you should pay close attention to this article. Little brown bats, also known as Myotis lucifugus, is a specie in the bat family commonly found in North America.

Most people will easily confuse these bats as dangerous and ones that bite thanks to the endless number of vampire movies. But contrary to popular belief, not all bats feed on animals or even bite. In fact, the little brown bat only eats insects. More on that down below.

These bats have been around for ages and are commonly confused for being the big brown bats. However, these two species are quite different. The little brown bat is rarely found in close proximity to humans.

They tend to stay far away from human interaction. So, let's check out some of the distinguishable characteristics that will help you understand and identify the little brown bat with ease.

In general, the little brown bat comes in different colors that include reddish, golden, albino, and brown. The wings are nearly hairless and are black or dark brown in color. Furthermore, the eyes of the little brown bat do not extend past the length of the nose when extended forward.

This type of bat has large hind feet and small ears. On average, the little brown bat can weigh less than half an ounce, and their wings can only spread to a maximum of eleven inches. Typically, females are larger when compared to males. Additionally, the length of a little brown bat can range from 60 to 102mm. 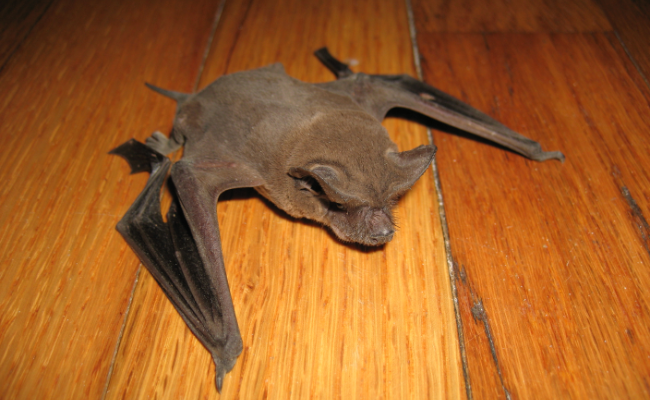 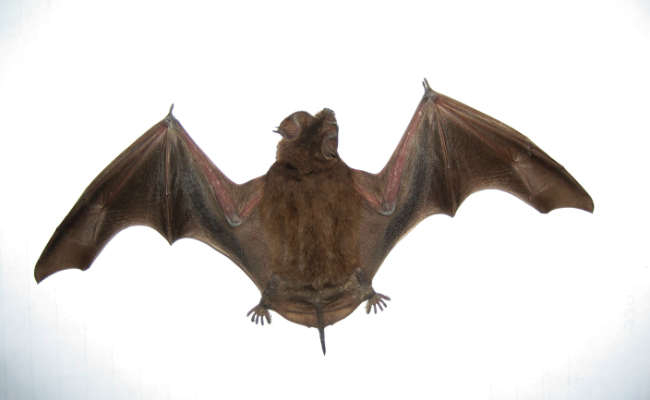 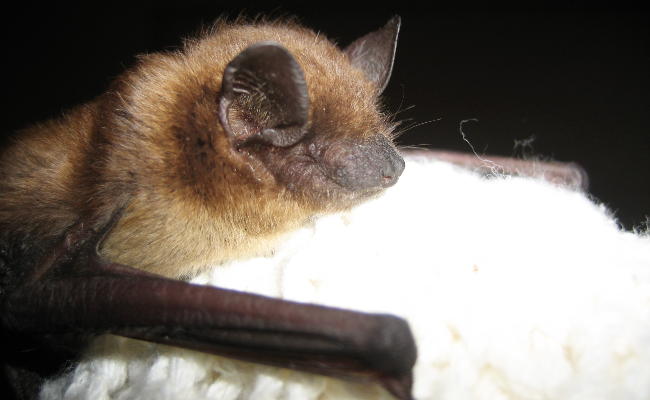 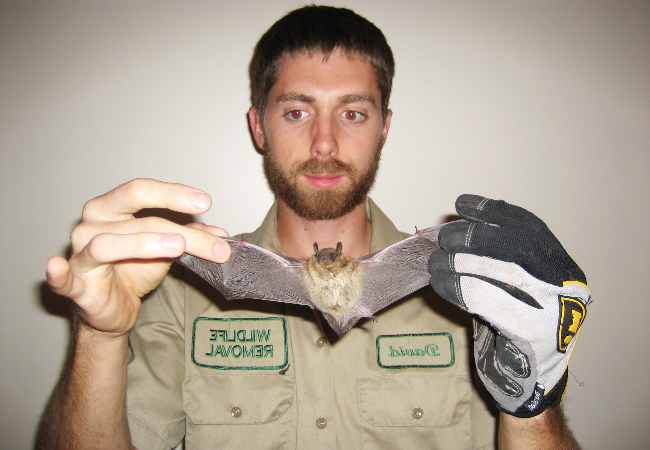 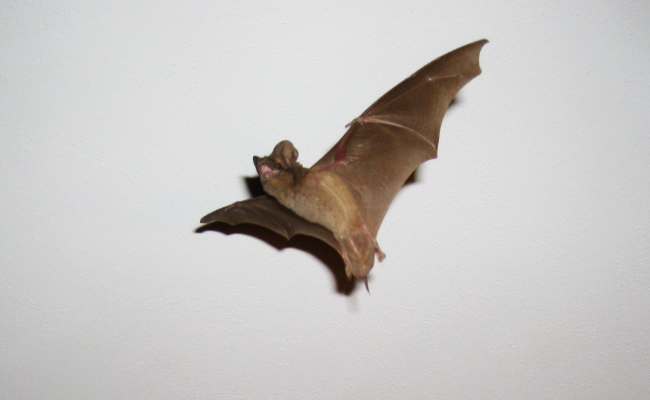 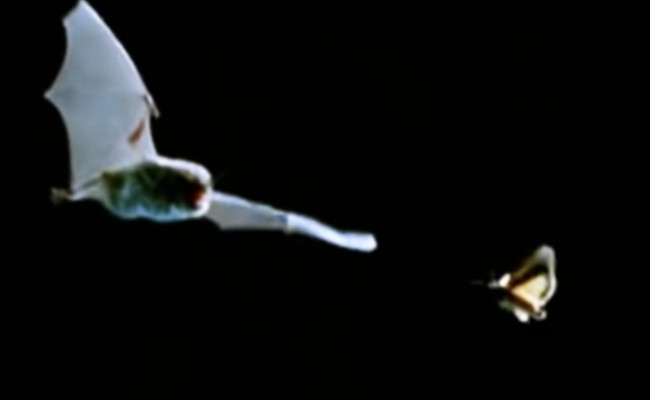 Not all bats are vampires like most of us tend to imagine. Some bats feed on fruits, while others like the little brown bat feed on insects. Most swampy areas have plenty of insects, and these little brown bats access water by staying around swampy areas. In these areas, the majority of the diet consists of moths and wasps. Bats can consume up to half of their body weight every single night.

The most exciting part about little brown bats is that they eat while they fly. The bats feature extremely sharp molars and canines shaped in a manner that allows them to hold prey as they fly. Additionally, these bats can also use the tip of their wings to capture their prey.

There are instances where the little brown bat tries to feed on the insects found on other plants. However, the little brown bat specifically feeds on a particular flying insect as their basic delicacy.
Over time, the bat is likely to become better at hunting certain insects, and they use a specific style.

Therefore, there's a high chance that these bats have unique types of hunting tactics for different prey.
Additionally, little brown bats are known for their rapid feeding routines. They can eat up to a thousand insects in just under five hours. Their erratic movements at night ensures that they never lack a meal.

The Behavior of Little Brown Bats

Just like any other bat, the little brown bat typically use echolocation to their advantage. This technique is useful when it comes to flying around. Echolocation works by sending high-frequency impulses that bounce off objects, giving away their location.

This has proven to be an effective way of moving around, especially in the dark. That's because it's very accurate and bats do not necessarily need their eyesight to find their way in the night.

Another critical factor is that bats generally mate after they turn one years old. One male can mate with several different females, and the females will store the sperm for ovulation in spring.

Contrary to the beliefs of most people, bats have excellent vision. Even though echolocation is incredibly essential, these bats will use their vision, especially during long-distance movements.

Unfortunately, these animals also have several predators on their backs. Some of the predators that would easily have this bat for lunch include raccoons, owls, hawks, and snakes. With that in mind, these bats are highly dependent on roosts to give them protection against their predators.

Typically, these bats have a strong connection to their maternity site and will always return to the same place year after year. During winter, these bats will move into mines and caves for hibernation. The little brown bat usually finds an area where there's a high level of humidity and a consistent temperature.

Since these bats are forced to survive in winter with just their stored fat, they tend to reduce their heartbeat to conserve energy. Little brown bats are nocturnal and will forage at night. 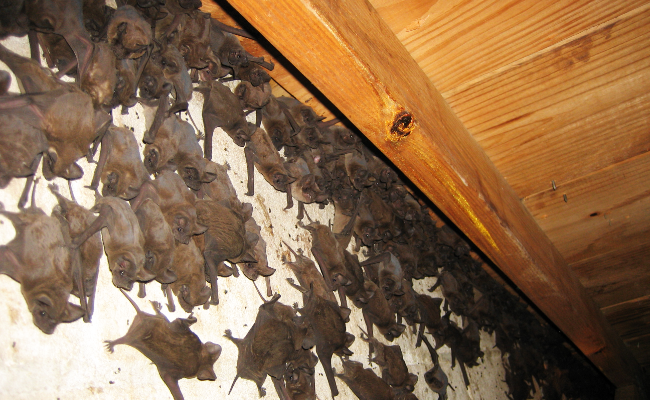 Little brown bats can mainly be found in North America. Their population will typically extend to Canada, Alaska, and New Mexico. These bats remain sheltered during the day. When it comes to foraging, these animals will forage in areas with vegetation.

A few months every year bats hibernate. These creatures prefer hibernating in areas that have a consistent temperature, especially throughout winter. Females can migrate thousands of miles just to find the right place to hibernate. In most cases, these bats prefer living in natural areas as compared to urban towns.

That's because the noise will generally interfere with their echolocation. Additionally, as previously mentioned, the little brown bat tends to avoid crowded areas. Therefore, a natural habitat seems to be the only logical place to stay for these bats. In case you are wondering about the little brown bat guano, it is as small as the size of one grain of uncooked rice.

Little brown bats have a very significant role in the ecosystem. That's because these bats help to check the balance of pests in any area. Therefore, if you have little brown bats in your locality, there is a chance you won't have to deal with most pests around your garden or yard. These bats will always take care of that.