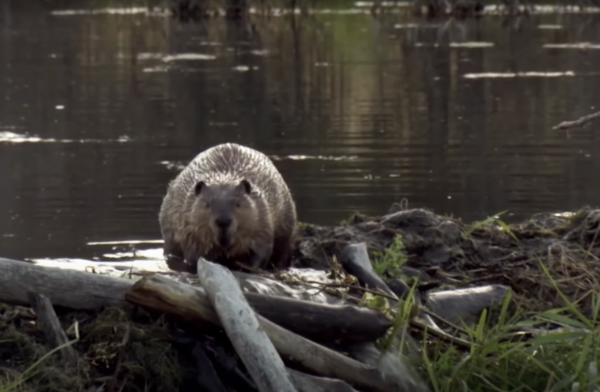 Beavers are large rodents that are primarily nocturnal and semiaquatic. This means that they spend much of their time in water, as well as, on land, and that their diet is also comprised of food found in water. Beavers are the second-largest type of rodent found in the world. They are known for being territorial, building dams, canals, and homes which are also called lodges.

Although beavers are not aggressive by nature, they are highly territorial and do not take well to intruders within their marked territories. This can include humans as well as other animals. Beavers spend a large amount of their time and energy in building and maintaining their territories, these are specific areas for feeding, mating, and nesting.

Beavers mark their territories with scent mounds that are made of mud, other debris, and a substance excreted with their urine called castoreum. These mounds are used heavily to mark their land, and if an intruder scent is detected, then finding the intruder becomes the first priority. It is precedent even over finding food.

Due to the fact that beavers predominantly spend their time establishing their territories, intrusions will often lead to violent encounters. The holders of the land or territory are more likely to escalate the matter and respond aggressively. However, beavers are sensitive to the scents of their neighbors and are more tolerant of their neighbor’s intrusions as compared to complete strangers.

Avoid Them if You Can

When it comes to humans it is best to avoid run-ins with beavers. Although beavers do not instinctively attack humans nor do they go out of their way to attack us, they can be quite dangerous. When a beaver feels that it is being cornered or in danger they can resort to violent attacks which include biting. A beaver’s bite can be quite painful; it also can lead to other complications such as infections, and in the worst-case scenario can even prove to be fatal.

Although it can be said that beavers are not inherently dangerous and that beaver attacks are not immensely common, it is still safe to say that beavers are quite dangerous. There are many encounters and stories which recount attacks from beavers that have resulted in quite a lot of detriment for people. It is especially crucial to keep children clear of any areas that may be home to beavers.

Will Attack When Provoked

It is important to note that many beavers will attack only when provoked or when they feel that they are in danger. This can simply be from your pet dog being around or even you trying to take a picture of them. Beavers are sensitive to being crowded, cornered, or approached too closely. This can cause them to lash out and attack you or even attack your pets. In addition to this, beavers can attack you unprovoked too, this can for instance occur due to rabies. Beavers can become rabid with rabies and attack you as well. In this case, they are especially dangerous and will not back down even if you pose a threat to them. If you are bitten by a beaver with rabies, this can be quite dangerous and you will require treatment for rabies as well as the bite. Overall, it is highly recommended that you avoid areas that are known to inhabit beavers and steer clear of them if you do happen to see them.