How to get Raccoons out of your Chimney

Raccoons are nocturnal animals, meaning they are most active during the night. At nighttime raccoons may cause havoc and annoy you while you are trying to sleep. These shifty animals will ravage your garbage and try to make a home out of your chimney. While we obviously don’t want to harm these animals, we would definitely like to deal with their noise. For those who have traditional chimneys that rely on wood and fire, raccoons can easily create a home in your chimney harboring many little raccoon babies. Raccoons have always been a hassle to deal with. From robbing your garbage to running down your chimney, or even causing havoc in your backyard late at night. 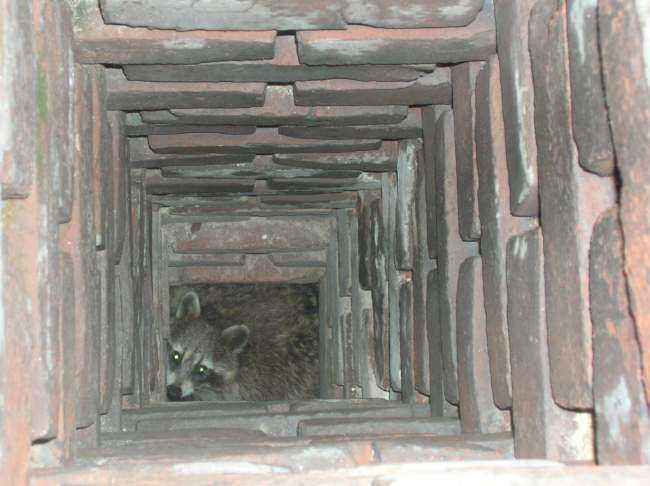 Option 1: Wait it out

During the warmer seasons of the month, raccoons often use dark places such as chimneys as nesting areas. The rumbling or noise coming from the chimney likely comes from a mother raccoon and her babies.Now although it is nice that a mother is taking care of her babies, I’m sure it is still an annoyance to hear nocturnal animals moving about late at night. Everyone has the ability to get raccoons out by force. But we want to handle this humanely. To be sure that there are raccoons in your chimney instead of other creatures such as spiders or rodents, checking the chimney from the top should be your first priority. Using a flashlight to shine down the chimney, check if there are animals or insects. If other animals or rodents are present then raccoons probably aren’t the issue.The easiest way of removing the raccoons is to simply wait. Over time the raccoons will migrate to a different area. This process could take the longest amount of time and may not be optimal for those restless nights.

Option 2: Call in a professional 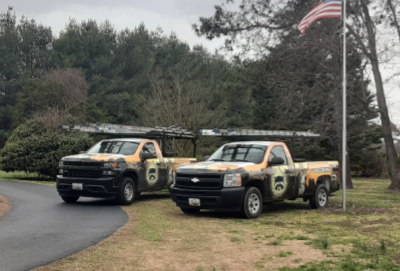 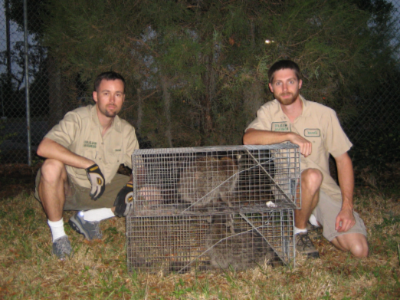 Other than waiting for a long period of time, hiring professional services should be your next option in order to minimize any potential damage that could be done to your property. Hiring a professional chimney sweep service may be beneficial. They will inspect the innards of the chimney and will analyze and make sure that the inside of the chimney is safe and in pristine condition. They will also assess any damages associated with the chimney and check for any small openings that potential animals could enter. Having your chimney swept will prevent future animals from entering your chimney.

Furthermore, calling animal control services is an obvious choice to protect the integrity of your house, chimney, and most importantly your safety. You may hear clawing or movement coming from your chimney, but do not pour any harmful substances into the chimney. Not only will this damage your chimney but it will harm the animal. Using smoke or other chemical substances will also be detrimental to raccoons. Although adults may be able to climb up from the chimney, raccoon babies are unable to.

Once the raccoons are out of your chimney your focus should be repairing any damages the chimney faced while containing the raccoons. Any holes and breaks should be patched up in order to prevent re-entry of animals. Even if you can’t hire a professional to take out the raccoons, hiring a professional to repair the chimney is vital. To prevent future mishaps from occurring, repairing any little detail from your chimney will prevent those restless nights of clattering and crawling.

Overall, most of the time you shouldn’t try and solve the raccoon issue by yourself as it could pose harm to you, your property, and the animals. Calling a professional is always the best option to remove them. This ensures that the animals will be removed humanely and that your property will not be left in shambles. Always think about what you are doing before you do it, don’t be rash and don’t try to fix the issue before researching the risks yourself.