Despite their association with vampires, bats are actually incredibly useful to have around the house. According to research by Bat Conservation International, they eat as many as 1,200 mosquitos in an hour, whilst other species can disperse seeds, pollinate plants, or even eat beetles that would otherwise decimate crops.

But having them inside the house can be an absolute nightmare. Whilst they will generally leave you alone, the same cannot be said for the damage they can cause to your home. The problem is in their droppings.

To start with, bat droppings have a nasty odor. At best it creates an annoying smell, but if left to fester it can spread diseases or cause fungi to grow in your home which contains microbes that can lead to respiratory problems in humans. Even worse, bat urine can make wooden surfaces like walls and floors become extremely brittle, which if left alone can cause serious structural damage.

Although you may need to consider getting some professional help, there are some DIY remedies to get you started in removing and then controlling bat infestations.

Find their entrances and exits

Like many household pests, bats are experts at finding ways of getting inside your home via any means necessary. Your first action should, therefore, be to assess how they are getting in because you will be surprised how many gaps the exterior of your home might contain. Be sure to observe the bats entering both at night and early morning, making a note of the most common routes they take. Unlike other pests, however, bats are not strong enough to chew or claw their way through materials, meaning they will leave few signs of how they are getting inside, thus you have to rely on actual sightings. 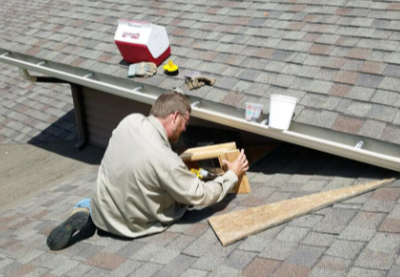 Once you have identified how the bats are getting in, you should then get to work on sealing up as many of the paths as possible. Removing and controlling bats, however, should always be done humanely: the objective should never be to kill them. As such, you should use one-way exclusion doors when sealing up the pathways they use so that any bats still inside your property can get out to feed but cannot then get back inside. Simply blocking all entrances/exists could leave some bats trapped inside, where they will ultimately die and their bodies decompose.

Bats, like other animals, enter your home primarily for shelter and the warmth it provides, so a simple method to get them to stay away from your home is to build them one of their own. Bat houses can be purchased online, in stores, or if you are handy with tools you can create one yourself. Typically made of wood, and built in a way that stops light from entering where they roost and drains for their urine and droppings, these should be placed high up in trees to encourage bats to nest there instead of your home.

Similar to other exclusion methods, you can install a variety of repellents that will make the bats feel uncomfortable and convince them that your home is not a safe or hospitable place for them to nest in. Non-toxic liquids can be bought and sprayed where they nest or near their entrances/exits, but note that they should only be sprayed after dark when the bats are out hunting, or you may trap them inside. For the best effects, liquids should be sprayed in general every 30 days. 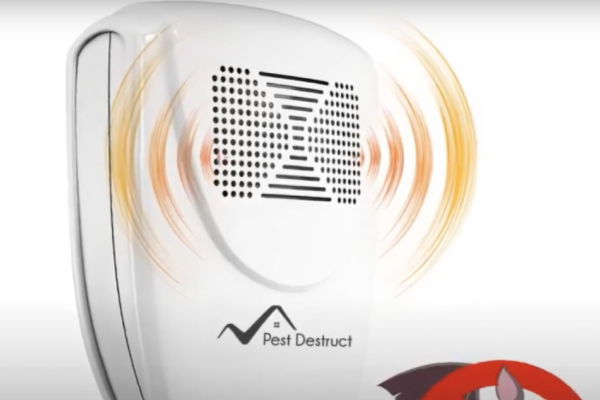 Useful to ward of bats as well as a whole host of other household pests, you could also consider installing ultrasonic emitters. These produce high-pitch sounds that make bats and other pests uncomfortable without being detectable to human ears. Some may come with motion detectors, helping to save the batteries by only activating when bats fly near them.

The above DIY tips are especially effective when combined with each other. And do not forget to clean out and disinfect the areas the bats were nesting after they have left with proper safety equipment.