Rats, by nature, are timid creatures, trying to limit their contact with humans to the bare minimum. Therefore, you might not see them, unless you have a high population of rats in your house. However, rat droppings, grease marks along walls, dirt and chewed materials are telltale signs that they are lurking somewhere behind the scenes. Most of the diseases people contract from rats are due to indirect contact with their droppings or urine. In a few instances our path directly crosses with theirs. Do rats sometimes bite in these scenarios?

Yes! Rats sometimes bite humans. It's not like rats actively seek out to bite humans. However, when they are cornered or feel threatened, they will not hesitate to use their large and sharp teeth to administer nasty bites in an act of self-defense.

Over the years, incidents of rat bites have been consistently increasing due to two major reasons. First, the number of people with pet rats have soared. This increased closer contact invariably increases cases of rat bites. Also, climate change and denser urban centers have caused a proliferation in the rat population, increasing their contact with humans.

The Nature of Rat Bites 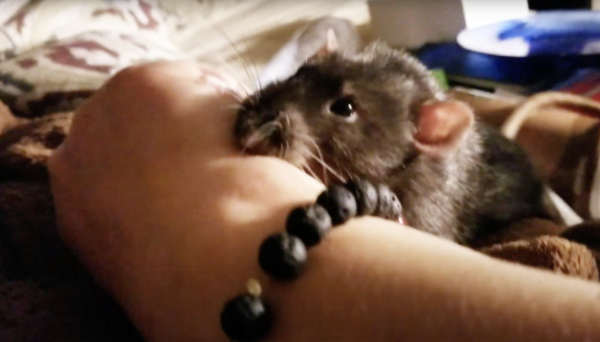 Rat bites may be deep or shallow, a single puncture wound or multiple abrasions, mostly resulting in bleeding. The saliva of some species of rat carries dangerous bacteria, causing diseases such as leptospirosis, Hantavirus and rat-bite fever. Rat bites are also susceptible to tetanus infections.

Rat bites primarily cause painful swelling around the bite. If left untreated, secondary infection may arise, leading to a weeping, pus-filled wound. Other rat bite symptoms include those associated with bacterial infections known as rat-bite fever.

These two kinds of RBF are differentiable by their symptoms. Once streptobacillary RBF develops, within three to 10 days, the patient usually experiences joint pain, muscle pain, headache, skin rash, fever and chills, vomiting and diarrhea. On the other hand, spirillary RBF symptoms usually arise within one to three weeks after the bite, and they include; headache, muscle pain, skin rash, sore throat and vomiting, swelling of lymph nodes, fever and chills, and ulcer at the wound.

Untreated rat-bite fever may result in a series of health problems including myocarditis, hepatitis, meningitis, pneumonia, endocarditis, focal abscesses and amnionitis. Some of these complications are life-threatening. One in ten people with RBF eventually dies.

To Learn More on other Rat Diseases click here

How to Treat Rat Bites

If you are bitten by a rat, the first thing to do is to wash the area with warm water and soap as soon as possible. Thereafter, dry the area with a clean towel and apply an antibiotic ointment before covering with a bandage.

No matter how minor a rat bite might seem, it is best to promptly visit a doctor. This is because rat bites might cause serious infections, leading to unwanted complications. Getting a tetanus shot will help prevent a tetanus infection. Rat-bite fever is usually combated with antibiotics, like penicillin, but it is only effective before complications arise.

Whether you are bitten by your lovely pet rat or by a wild one, it is best to seek medical attention as soon as possible. Quick treatment will prevent further complications from the bite. In an event that you develop a fever, using the antibiotics prescribed by your doctor should be sufficient. You might experience a slight fever or joint pain even after treatment, but these symptoms will eventually pass with time.