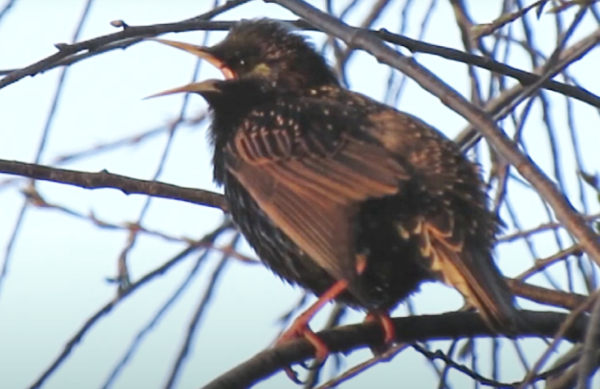 Starlings are considered to be one of the most common bird species that cause a nuisance in North America. These birds are known to be highly invasive and they are capable of causing much damage. The starling is a bird species that is usually described as a destructive, loud, and unbearable bird that is capable of destroying properties, stealing grains and ravaging crops.

Many of the issues caused by this bird species are associated with their large population. The flock of these birds can include more than a thousand starlings, and when they invade a field in their large numbers, they are capable of wreaking serious havoc. These birds are specifically obnoxious due to their attacks on crops like cherries, olives, grapes, and grains. One of the terrible things starlings are known for is pulling young plants from the field by the stem of the plant and feeding on the seeds.

The survival of starlings is linked with the fact that this bird species can exploit a wide range of environments, food sources, and nest locations. Starlings are birds that can eat almost anything edible, they feed on fruits, seeds, and small insects. Due to their high survival rate and large population, starlings are capable of causing the following problems:

They initiate complications for livestock housings and facilities. This has led to the loss of funds of several agricultural operations annually due to the damage caused by starlings. These birds eat feed for livestock and they contaminate the water and food during their activities.

Starlings are capable of invading housings and building nests that make sanitation difficult. The sanitation problems caused by starlings are common, they drop large amounts of excretion on human properties such as cars and houses. Furthermore, a substantial number of droppings from starlings can cause irreversible damage to trees and other vegetation through their chemical impacts.

Starlings are one of the birds that can transmit certain diseases or infections to livestock and humans. Such transmissible diseases include salmonella, blastomycosis, and transmissible gastroenteritis.

These birds move in flocks of thousands and this large population of birds can cause air travel issues. Starlings are usually feeding near airports and their activities have been linked with some air disasters.

Lastly, starlings have a bad impact on the native ecosystem, especially because of the potential to outclass other native birds for nests and foods. Their large population gives them an edge over some other bird species and this can affect the survival of other birds.