Bats are an important part of the ecosystem; they help reduce insect populations, pollinate flowers and spread fruit, vegetable, and flower seeds through their droppings. Bats are great for the ecosystem—but not great for your home. If you have bats in your home, then your home will likely receive moderate to extensive damage over time if the bat problem is not addressed. Let’s take a closer look at the most common damage caused by bats in a home.

Damage to Your Home

The most common places that bats roost inside a home are chimneys, attics and inside walls. Some of the most common damage that you may experience to your home due to bats includes: 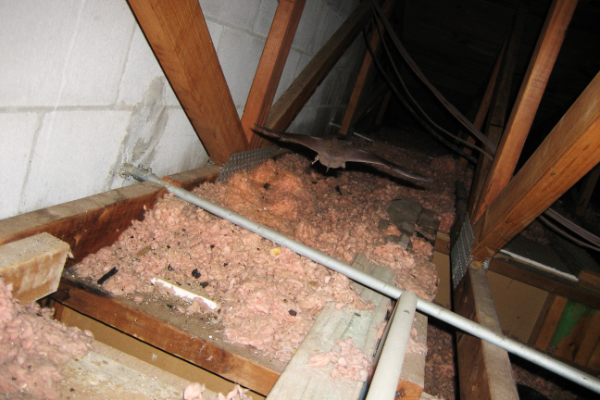 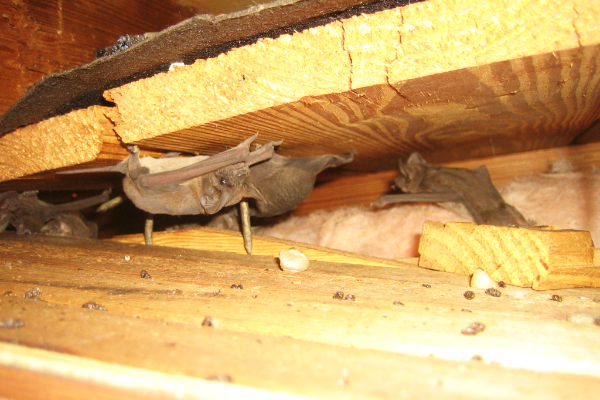 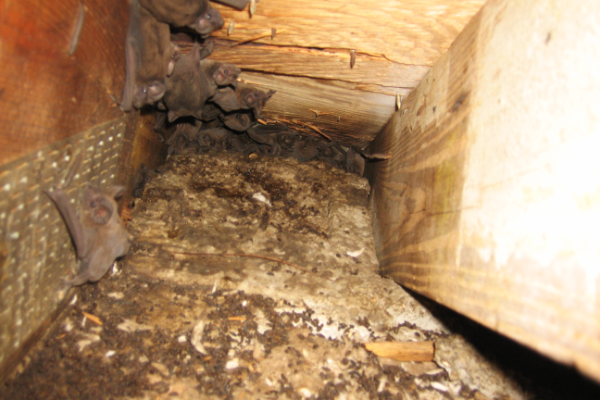 The most common way that bats damage homes is through damage caused by guano and urine, rather than physically tearing up the home; although if there is insulation in the space where bats are roosting, they may tear up insulation in the process.

Bat droppings, or guano, have a very distinct odor that homeowners may not recognize at first. Bat guano has a very overpowering, musty and slightly acidic smell that will increase over time as bats drop more and more guano in the home. In addition to its overwhelming smell, guano can contain something called Histoplasma capsulatam. This is a fungus which can become airborne and can cause a disease known as histoplasmosis; histoplasmosis affects the lungs and, in severe cases of the disease, can cause organ failure.

Another type of damage you must look out for is the potential to spread disease. Bats can carry rabies and unlike other mammal species, it is often difficult to tell if a bat has rabies based on its appearance or behavior alone. Bats are not typically aggressive but they may bite if they feel threatened, which is possible if a bat decides to roost in your home or if you accidentally stumble across a bat colony. Rabies is fatal if left untreated and should be avoided at all costs.

Bats are not inherently aggressive, but they may attempt to attack if they feel threatened. That is why bat removal professionals use certain tactics that can remove bats from a home without causing them to feel attacked. Bats can carry disease, so it’s important not to try to catch bats on your own if you are not a professional.