The snake (suborder: Serpentes) is an enormously diverse reptile that exists on almost every continent on Earth. The snake has adapted to a variety of habitats, ranging from mountains, forests, deserts, and the seas.

How is it that this limbless creature has slithered its way across the globe so successfully? We take a look at the snake in greater depth to understand its remarkable success - its biology, diet, behavior, and how this helps it adapt to its habitats.

There are over 3,000 species of snake that vary in length, size, and color. However, these species do share several aspects in common.

The most apparent trait they share is that snakes are, of course, limbless, with elongated bodies extending into a tail. It is interesting to note that not all limbless reptiles are snakes - some lizards are actually limbless too, though rare. Snakes differ from their legless lizard brethren in that they have no eyelids or external ears.

The snake is also notable for its scales, made of keratin, the same substance that allows humans to grow nails. Snakes evolved scales mainly for protection - moving on the ground without limbs would otherwise be an unpleasant experience. Scales also offer friction for movement, even allowing snakes to grip vertical surfaces to climb trees, and provides a barrier for retaining moisture.

A snake sheds its scale coat during its life as it grows - the external scale coat of keratin does not grow with the snake, meaning a new coat must develop.

Not all snakes possess scales - there are a few scale-less sub-species of snake, such as the corn snake.

Snakes have a very diverse array of patterning and coloration - believed to offer camouflage or to warn potential predators not to attack.

As mentioned, a snake lacks external ears, but it has not entirely lost the sense of hearing. Snakes have internal ear structures, wired to its bone structure that allow a snake to 'feel' sound. The snake's forked tongue possesses an enhanced sense of smell to counter their hearing loss - allowing the snake to smell the direction of enemy or prey.

Snakes vary in size, according to their habitat, with some snakes being less than five inches, and the largest growing up to 30 feet. 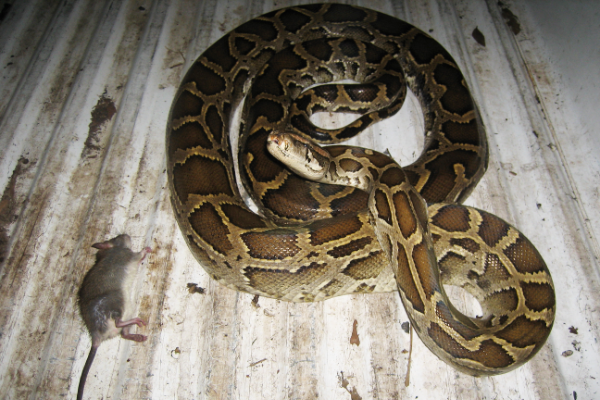 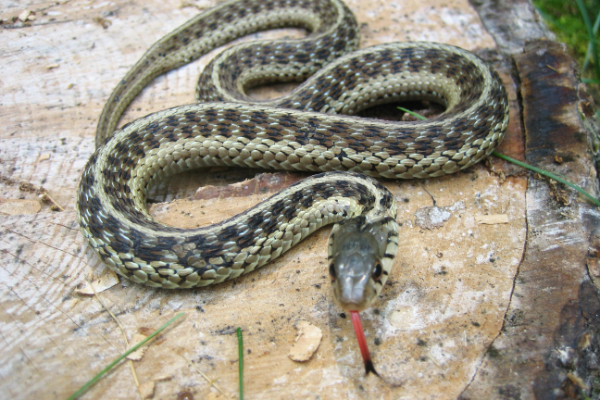 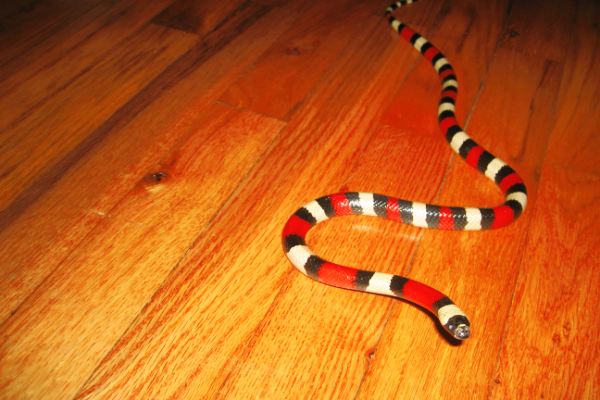 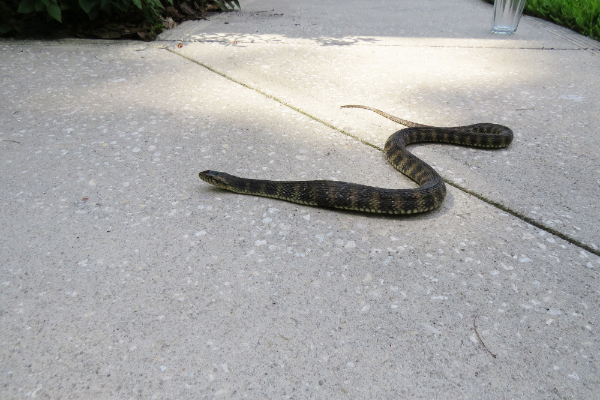 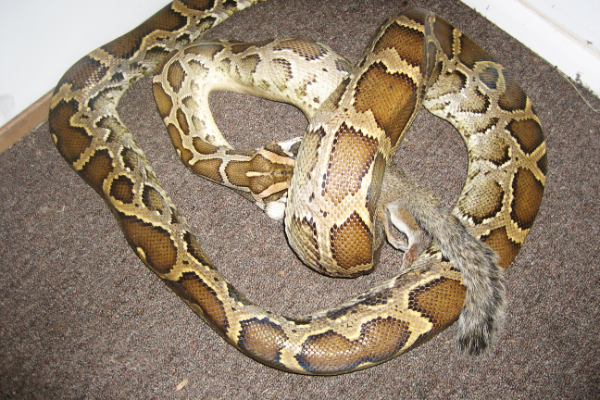 All snakes are carnivorous - they exclusively prey on other animals for nutrition. Depending on the snake's size and habitat, they hunt rodents, birds, fish, eggs, and even larger mammals, like impalas. They have become very specialized hunters. These specializations include a unique bone structure, expanding dermis (skin), a highly efficient digestive system, and fangs and venom in some instances.

The snake is similar to most vertebrates in its bone structure but has adapted additional bones within its head and jaw, which it can dislocate to consume prey often larger than itself.

Expanding the dermal layer allows large prey to fit within the snake's highly efficient digestive tract. The snake's metabolism goes into overdrive upon consumption of prey to digest its meal as quickly as possible. Rapid digestion is crucial because a snake is very vulnerable during digestion. If disturbed or threatened, snakes quickly regurgitate their prey. A single meal may provide a snake the nutrients it needs for up to a year, depending on the species and the meal's size.

In venomous snakes, hollow fangs deliver the venom to prey to quickly subdue it. There are estimated to be about 600 species of venomous snakes. Other snakes are fangless or have fixed fangs. 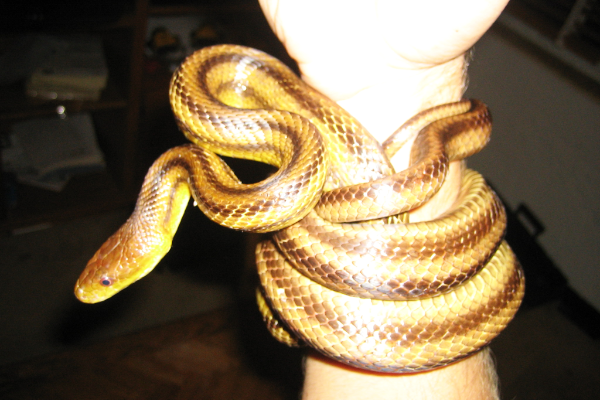 Snake behavior and reptile behavior are generally less studied than other animals, but our understanding is improving with research. Behaviors with environment tend to be due to snakes' ectothermic nature, and their social behaviors enable optimal reproduction and survival.

As an ectothermic animal, snakes require external sources of heat to regulate their body temperature. Snakes need a relatively temperate climate in which to live - too hot or cold, and it cannot survive.
Due to this need for external temperature regulation, snakes are primarily diurnal (active during the day), as they rely on sunlight to warm up - though some are more nocturnal (active at night), particularly in warmer climates where the day is too hot for a snake to survive. In unusually cold environments, to retain energy, a snake may brumate, a rest-like state similar to hibernation in which the animal is still awake.
Socially, snakes are thought to be loners; however, new studies appear to show more social behaviors in some species than previously thought, like hunting in packs and displaying maternal bonds with offspring.
Reproduction occurs when a female secretes pheromones to attract a male partner. Once attracted, a male snake rubs and bumps up against the female before inserting his hemipenes into the female's cloaca.

A snakes' gestation period can be from twenty-eight to forty-five days. Some snake species lay eggs, and some give live birth - usually in colder climates where internal temperature regulation of embryos is easier than egg-temperature regulation. Upon birth, most snakes become independent of their mothers and fathers, though some species nurture their young (but this is rare).

The diversity of snake species ensures an equally diverse range of habitats. Temperature regulation is an important environmental consideration due to the snakes' ectothermic nature, but they have flourished globally.

Snakes live on every continent except Antarctica, where a snake cannot retain anywhere near the required external temperature to survive.

Snakes thrive underground, in forests, on plains, in deserts, on mountains, in marshes, swamps, rivers, lakes, and the sea. Several species also have limited flight capabilities. This remarkable spread indicates their success in survival because of their highly specialized evolutionary traits.

Despite being perhaps their most significant threat, snakes flourish in human urban environments too. This intelligent adaptation makes use of easy-to-hide areas to avoid detection, safely give birth and catch prey. Human food waste is a valuable food resource as it attracts numerous scavengers - ideal nutrition for snakes.

In adapting to its surroundings over long-term evolution and short term opportunism like surviving in cities, it is easy to see how the snake has diversified to thousands of species, and how its behaviors, biology, and diet affect its ability to thrive in a wide range of environments on the planet.