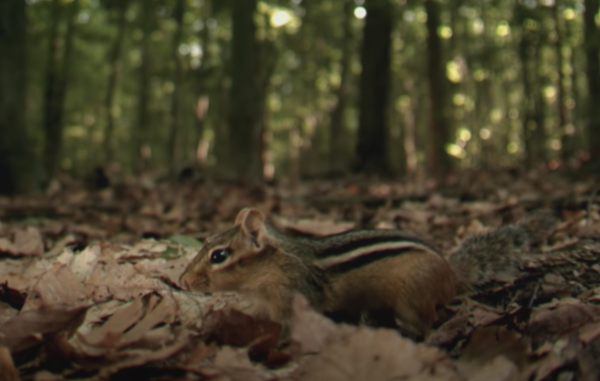 Chipmunks are beautiful little creatures. Chipmunks in the wild are a wonder to watch as they scurry lively up and down trees. They look harmless enough that you may feel inclined to approach them. Unfortunately, they, like many of their rodent cousins, are commonly afflicted with or carriers of an array of diseases. Some of which are common and relatively harmless with the invention of modern medicine, others however can be quite dangerous and cause a lot of problems for chipmunks themselves or anything/anyone that contracts them.

First on the list, rabies. Surprisingly, cases of the rabies virus in chipmunks are very low, there have been a few freak instances where rabies was present. However, based on the lack of cases, it seems to be unlikely. Animals infected with rabies will foam at the mouth, become very aggressive or otherwise confused and delirious. If you encounter any chipmunk displaying this sort of behavior keep your distance and seek medical attention if you make contact with the animal.

Next disease, the plague. Chipmunks carrying the plague has been well documented and is a common problem. The plague can be spread by either direct contact with an infected chipmunk or from ticks/fleas that the rodent has been hosting. Contracting the plague will result in fevers, weakness, and headaches, along with other varied symptoms that will be determined by the strand of plague. If untreated, the plague can have serious consequences to those infected. Do your due diligence and act if you have any symptoms.

Number three, salmonella. The group of bacteria known as salmonella causes a food-borne illness called salmonellosis. Salmonella can be picked up when handling the excrement of an infected animal, chipmunks are among the animals which can be infected. Pretty simple stuff, wash your hands before handling food and you’ll be just fine.

Fourth, hantavirus. Hantavirus will infect rodents like chipmunks, and they will become a carrier, however, it will not show any symptoms of the disease. Hantavirus is transmitted through contact with saliva, urine, or excrement from an infected rodent. Hantavirus is a respiratory disease that will result in chills, headaches, vomiting, nausea, abdominal pains, backaches, and high fever. Hantavirus, once contracted, progresses rapidly and may require hospitalization and ventilation within 48 hours, so don’t ignore this one.

Fifth and final, leptospirosis. Leptospirosis is another common disease among rodents and chipmunks are no exception. It can be transmitted through contact with the urine of the infected animal. Symptoms include diarrhea, vomiting, headaches, red eyes, high fever, chills, and rash, many of which are common to other diseases which is why leptospirosis is commonly mistaken for different diseases. Without treatment, symptoms may last several months. You know the drill, if you are experiencing symptoms, go see a doctor.

Those are five of the most prevalent diseases that infect chipmunks, there are others such as Rocky Mountain spotted fever and encephalitis. All of which can be spread by either fleas, urine, excrement, saliva, or general contact and handling. Be careful around our furry friends and stay safe.