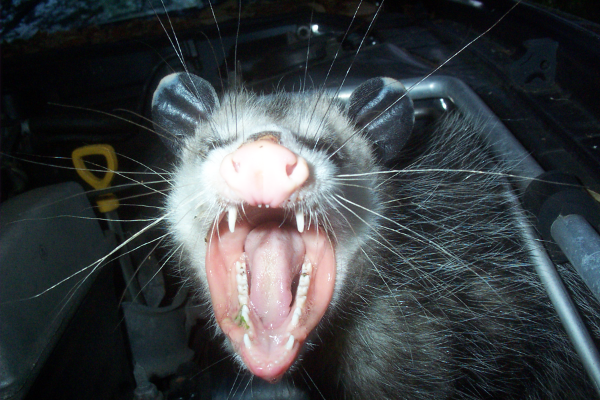 Opossums are one of the rare species of marsupial who are native to the region of the United States. The most popularly known phrase associated with these animals is “playing possum” due to their ability to “act dead” when they are frightened. This state can give anyone the illusion of them being dead and this is one of the reasons why their behavior is very commonly misunderstood. They are a very big nuisance to homeowners as they constantly scavenge for food and water around different areas of a home.

They are usually as big as a house cat and their weight ranges from 6 to 14 pounds. They have gray to black colored fur and a distinct pinkish nose. They are dangerous due to their ability to carry many infectious diseases which can affect a wide variety of age groups and people. This is one of the reasons why people are afraid of opossums becoming an unwanted guest in their house, especially in dark and isolated spaces like garages and attics. Therefore, people consistently resort to different means to get rid of these nuisances. 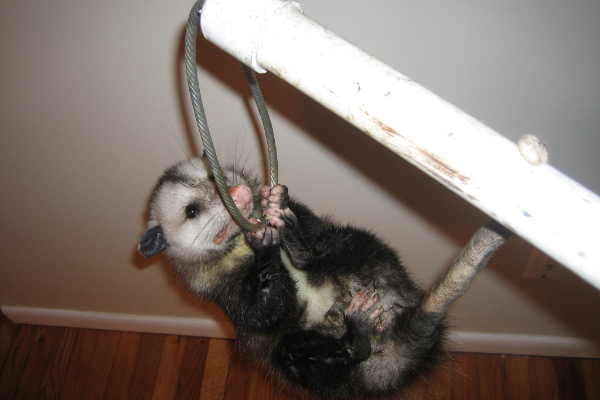 People are often confused about whether opossums bite. They are very placid creatures who tend to avoid fights and confrontations in all instances. They tend to hiss and growl if they are in unfavorable or harmful situations.

One of the behavioral traits of these animals during moments of fear or danger is to show their teeth, which can be misinterpreted as them getting ready to bite. But this is not often the case. Even though Opossums possess the ability to bite, they tend to avoid it most of the time. However, if they come across a harmful or dangerous situation, they wouldn’t give a lot of thought into biting with their sharp teeth. 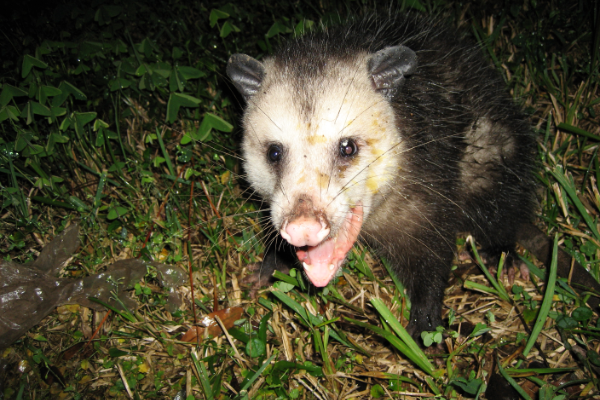 They often bite in defense like most animals and creatures and use different strategies for escaping from their perceived threat. Even though biting is rare, it is highly advisable that people stay away from these wild creatures due to them being the host of many diseases and infections. Opossums are known to spread these infections through the release of their urine and body fluids. The infections spread through these means are more contaminated and harmful than bacterial infections and must be avoided at all costs.

One of the ways to avoid this is decluttering of different spaces in the house. Cleanliness of the surrounding environment and the objects of use is essential in preventing creatures like opossums from entering the household, which can lead to possible contamination. There are various cleaning services available for efficient sanitation of different areas in a house. Procuring these services is one of the most efficient methods of keeping opossums away from your households.

Sometimes, despite taking all the precautions and measures, you might encounter an opossum scavenging in your garbage bin for the leftover food or waste or in some dark and isolated corner of the house. In this case, it is important to consider practical and unharmful methods of getting rid of these creatures.

This is essential as you don’t want to harm them unnecessarily but at the same time, if the matter persists, it is important to disinfect your entire house or the space infected by opossums. In most cases, opossums are not very harmful creatures as they don’t usually bite. This is what makes getting rid of them very effortless and safe.