How to get Opossums out of your garbage 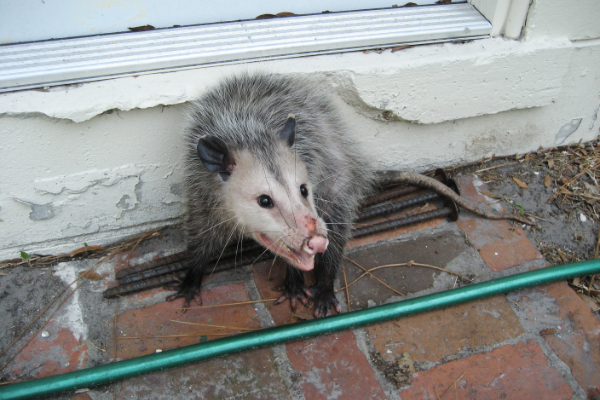 Even though Opossums are rarely aggressive, they tend to scavenge to eat food and drink water around certain areas around our homes which are in isolated or damp areas. They tend to create unhygienic conditions in the house which can lead to various infections and diseases.

One of the best ways to prevent your house from getting infested by these animals is to keep all the areas in the house neat and clean. Despite this, sometimes it can become very difficult to get rid of opossums from certain areas, like the places where garbage is being kept.

So, here are some of the ways to get opossums out of your garbage –

It is usually observed that Opossums tend to open the half-closed garbage bins or the ones which have been left slightly open due to negligence. Therefore, it is crucial to keep the garbage bin tightly sealed to prevent it from getting ravaged by Opossums and other pests.

Sometimes people might tend to ignore doing this simple thing due to negligence or the fact that garbage bins are located outside the house. But it is important to keep the garbage bins tightly locked, on a flat surface, and the area around it clean, so that different types pests do not infect or spill it.

Spaying chemicals inside the garbage bins

This is a second way to get the opossum out of your garbage without causing any harm to the animal. This can be done through spraying chemicals like ammonia or placing mothballs inside the garbage bins, which can help prevent them from getting inside the can.

Set traps inside the garbage bins 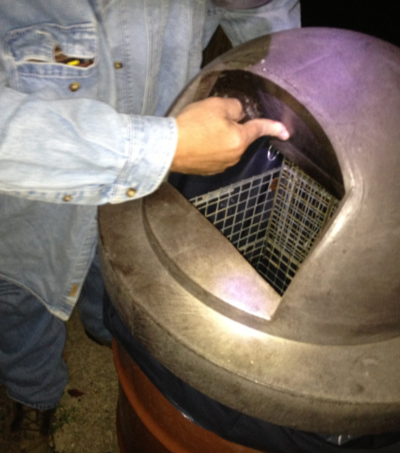 Once you find an opossum trapped in the garbage bin, you can manually remove them out of the bin and release them in a safe place away from your house. This is one the most effective manners of getting the opossum out of your garbage, yet it is not the most favorable one as it involves manual work which is not easy for everyone.

Place the garbage bins in an elevated place

This can be another effective way of keeping the opossums out of your garbage. It is often one of the most practical and easy methods of keeping opossums away from the house. It involves placing the garbage bins on top of a deck or a patio space.

This can help in preventing the opossums from climbing on these high surfaces and getting inside the garbage cans. But it is equally important to seal all the cracks and larger holes to prevent smaller insects and opossums from infecting the place and spilling the garbage.

While most of these methods involve passive techniques of precaution to keep the opossums out of the garbage bins, there are various high-end chemical treatments that can be used to keep them away from your garbage and home.