Canadian geese (Branta canadenis) are the largest of 11 subspecies of geese and are found in all of North America. At a glance, they can be recognized by the unique coloring of their large grey to silvery bodies, black necks and heads, and a white chinstrap that distinguishes them from other birds.
Canada geese have a lifespan of 10-25 years and feed for about 12 hours a day. As migratory birds, they travel in herds and packs, having a V-shaped formation during flight.

It’s amazing how these birds are classed as waterfowls, yet they spend more time on land than in water. Additionally, it may be assumed that these birds, like other water birds, would be insectivorous or fish-eaters. Still, they are predominantly herbivorous and feed on grains and other plants, including grasses.

Generally, Canadina Geese are large water birds that have long necks, strong flattened bills, and large webbed feet. They have a black head and neck, white chinstraps and cheeks, a tan breast and a brown back. 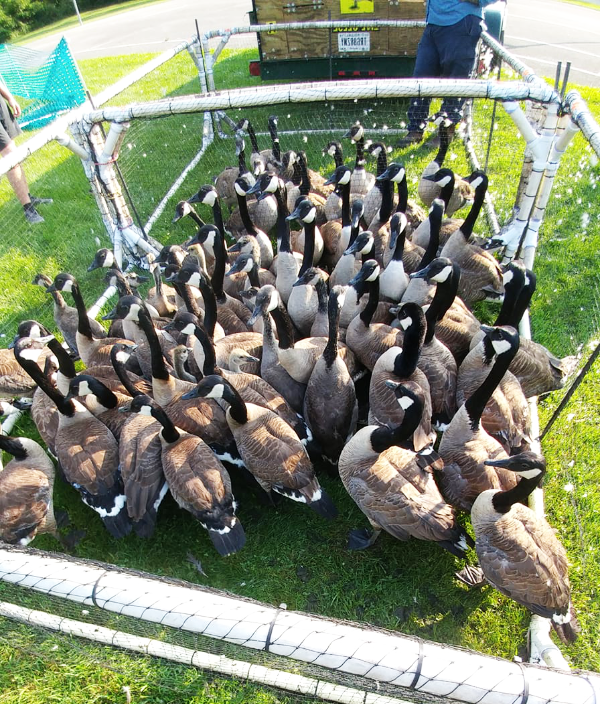 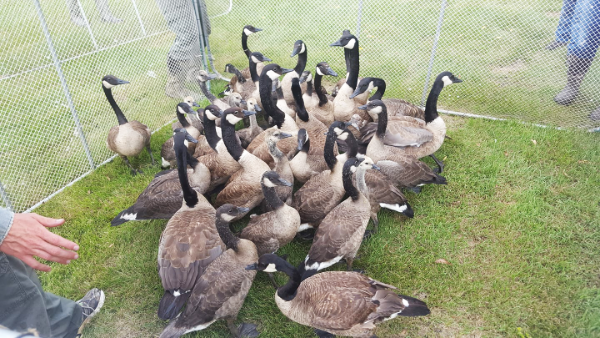 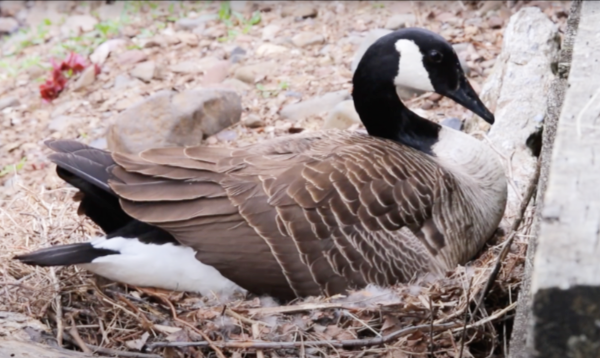 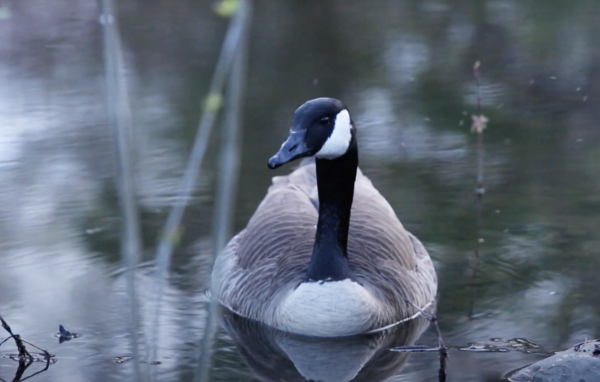 Similar to most geese, Canadian Geese are primarily herbivorous that feed on highly digestible grass and plants, including eelgrass and leaves of skunk cabbage. They are often seen in the morning and late afternoon feeding on waste grain areas like wheat, and soybean fields.
During winter and fall, Canadian Geese tend to feed more on berries, seeds and seem to particularly favor blueberries. They feed on wheat fields, though during the winter, this does not cause yield loss. Also, geese feed on aquatic vegetation, which is a survival adaptation that is beneficial to them. With their adapted strong and flattened bills, it is easy for them to access these plants and stay nourished through winter. Since they have no teeth, Canada geese have serrations on their bills that help with the cutting of grasses and plants.

Geese that adapted to urban areas prefer to feed on lawn grasses; this is associated with the easy digestibility of these grasses and their lengths, which are short enough for the geese to see predators and potential dangers from afar.

The fecal waste of the Canadian Goose has become a great threat to human and animal health, as well as an environmental pollutant in the areas where they are found.

Canadian Geese move as a flock and are found in parks, lawns, and recreational centers. Their feces become an eyesore in all these areas, and it can be annoying to always step on feces as you move around. The feces contain loads of pathogens, including the dreaded campylobacter. Since these geese are almost everywhere, they pose a high health risk for domestic birds, other animals, and humans.

It is important to remember that Canadian Geese are waterfowls and love to be around bodies of water. This results in the pollution of water sources because their feces contaminate the water with large amounts of pathogens and cercaria that causes the famous swimmer's itch. Also, the poop of Canadian Geese contains high levels of nitrogen. When the poop is swept by waves and currents into water bodies, it can lead to algal bloom killing aquatic life, plants, animals, and can clog waterways.
Canada geese are interesting animals. They are pretty harmless (aside from their feces), friendly, and very impressionable. These birds are legally hunted as game animals and can be treated by the use of spray vaccines to make cohabiting with other animals and humans safer for both.