They are often mistaken for other members of the Canidae family, which include jackals, wolves and dogs. They stand out from their relatives because of their long, thin legs, lithe frame, pointed nose and bushy tail.

These animals are very social and live flexible lives. They are found all over the world — in North America, Europe, Asia and North Africa — and call a wide range of terrains their home. They also eat a greatly varied diet. 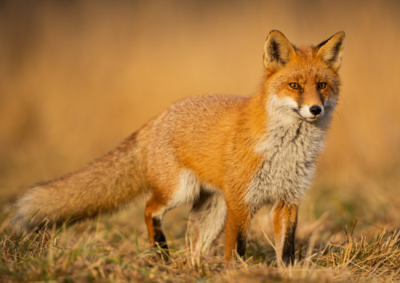 Will eat a wide range of foods from pet food and garbage to moles, voles, and mice to vegetation and insects.

Common Diseases of the Fox 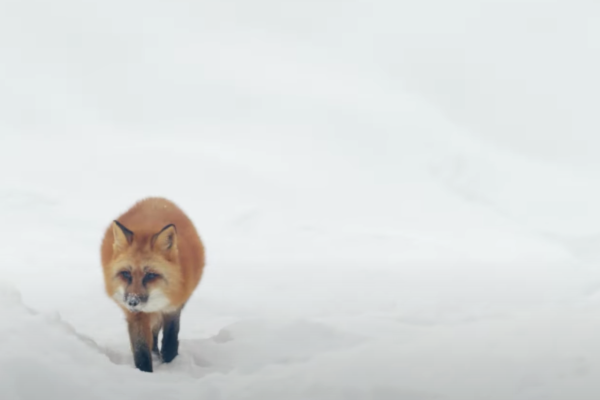 Foxes are a smaller member of the family Canidae. There are many species of fox and their habitats range from hot and arid to cold and snow covered1. Some species of fox even inhabit urban spaces, making them a common animal in many parts of the world. The red fox is the most widespread species of fox and for this reason they are most commonly noted when it comes to diseases that affect foxes.

Foxes are independent creatures that feed on small prey and sometimes human trash. These habits are important because they relate to many of the parasitic diseases that foxes can become afflicted with.
Being an independent creature makes the chance of parasite sharing between foxes much lower, except in situations of close confinement like on fur farms. Most commonly parasites are obtained through their prey or environment.

Sarcoptes scabiei is the most common disease that foxes suffer from in the UK. They can obtain this parasite from prey and the environment as it is caused by microscopic mites that burrow beneath the skin. This causes the fox to have an inflammatory response that results in fur loss. The irritation caused by the mites often leads to the animal scratching affected areas so excessively that they traumatize their own skin and create raw or scabby lesions. Depending on the individual, foxes are often able to continue hunting and surviving until an estimated two to three months after infection. At this point the animal is often so physically damaged and exhausted by the mites that it can no longer survive.

This form of mange is especially concerning because it can be transmitted to dogs that interact with foxes or spend time in the same environment. The good news is that there are many treatments available for both dogs and foxes that are often low risk and affordable. There are even foundations and nature centers that specialize in treating Sarcoptes scabiei in wild foxes, so if you ever see a furless and scabby fox call a local treatment center.

Another visually apparent disease known to affect red foxes is Canine Distemper Virus. This virus affects a range of species from foxes to domestic dogs, raccoons, and even ferrets. Due to the wide range of host species this virus can affect it is known to be present worldwide, meaning that no fox is safe.
Canine Distemper Virus is commonly spread through infected bodily fluids in the form of sneezing and coughing, as well as shared food and water sources. Even though foxes are solitary animals, this method of virus spread makes it very easy for foxes to catch the virus with minimal interaction.

One of the first symptoms is nasal and eye discharge that ranges from a watery appearance to a thick infected looking substance. At first glance you may not even notice this when observing a wild fox, but as the symptoms progress the disease becomes much more noticable. The lethargy caused by this disease may drive foxes into urban areas in search of easy prey and this is shortly followed by neurological symptoms that resemble rabies. Circling, head tilt, unresponsiveness, twitching, partial to full paralysis, and many other odd behaviors appear as the disease reaches a peak. The most notable symptom is “chewing fits” during which the animal seems to continuously chew and salivate due to muscle twitches.

Canine Distemper Virus commonly leads to death of afflicted animals and sadly there is no proven cure for it. The good news is that there is a chance for animals to survive in a slightly altered state when given supportive treatment and there are vaccines available for the virus that has been proven as effective for many of the host species. It may be impossible to vaccinate every wild fox to protect them from the Canine Distemper Virus, but at least the vaccination of domestic animals can help break the chain of infection and help reduce the prevalence of this disease.

There are many more diseases known to affect foxes of all species both in the wild and captivity, but Sarcoptes scabiei and Canine Distemper Virus are two of the most prevalent and commonly recognized diseases. The good news is that many fox species, like the red fox, are cunning enough to survive well in spite of these diseases.

If you ever see an animal acting in a manner or looking similar to either of the described conditions it is highly recommended to contact your local wildlife care or control and not to directly interact with the fox.