How to get Beavers out of your Lake 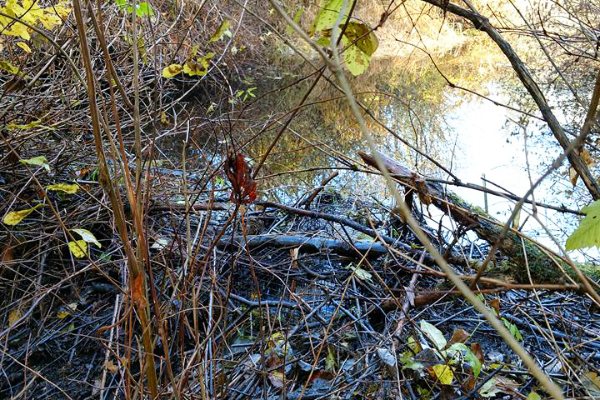 Beavers are lovely but destructive animals when it comes to altering an environment. They are famously known for being the largest rodent in North America and the builders of wooden dams. Sadly, this strange creature can often be a pest to humans by changing the landscape and causing flooding in areas of housing. If you are having trouble with beavers read on for information on how to remove them safely.

Why do Beavers pose a problem by living in your lake?

Beavers that build dams and lodges on lakes can create problems by blocking up areas of water overflow. However, other than that they aren’t a huge problem as there is plenty of space for them to live without bothering anyone. They are also known to improve water quality. Beavers that live in lakes are harder to remove than those that live on streams and rivers. This is due to them building their lodges (a beaver’s home) away from the shore. You will have to wait until they come back onto land to remove them, which they will do eventually as they will need to collect more timber for their dams.

Contacting a professional vs removing them yourself

You first must determine whether you are going to contact a professional to remove the beavers or if you are going to attempt their removal yourself. If you would prefer a professional to handle the situation call your local wildlife advisors and look up wildlife removal services in your area. If you choose to take care of the removal yourself carry on reading for advice on how to do it safely.

How many Beavers do you need to remove?

Figure out how many beavers are living in your stream or river. They most commonly live in familial groups, so it is likely you will need to remove more than one. Once you know how many beavers you are dealing with you will be able to purchase the correct amount of equipment to remove them. 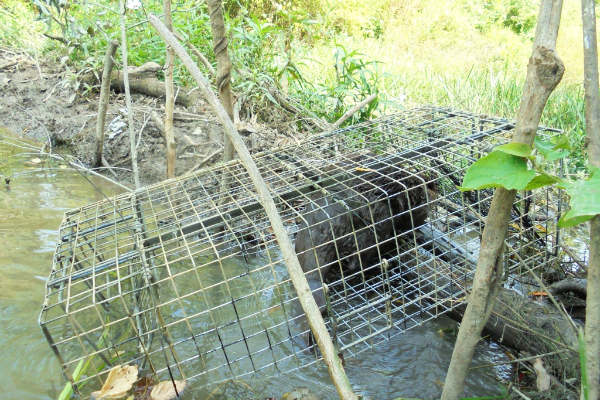 Some states require you to be in possession of a special license to trap beavers. It is vital you check before trapping as you could end up in some serious legal trouble.
There are two main types of traps to consider:

Be aware that beavers are very intelligent and trap shy, making them hard to catch. It’s wise to research your chosen trap and be sure to set it in an area that the beaver treads often, checking it frequently. You also need to consider what bait you are going to use in the traps. The most effective bait is the castor oil (a scented urine-like substance) of another beaver. They are highly territorial and will investigate if they believe there is a trespasser on their territory.

Consider whether the beavers are causing any problems on your land before removing them. If not, it is better for the environment if they are left alone as they are known as keystone species, supporting the local ecosystems and improving water quality.