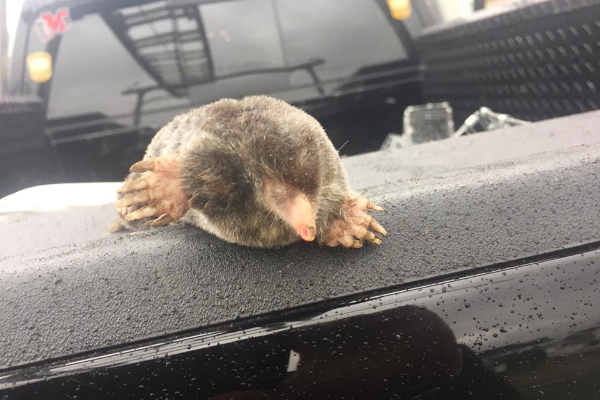 It is without a doubt that moles can be the biggest pain when it comes to gardening. They tend to dig out a system of tunnels and chambers, and then dispose of the excavated soil by throwing up molehills onto the surface. Moles can also be disruptive to not only the ground, but the roots of your plants. Harming these precious little creatures may be unthinkable, but how can you deter moles and make them go elsewhere?

Moles dislike noise and activity, so placing solar/or battery-powered spikes around your yard may be successful for a time. These spikes emit vibrations that tend to irritate moles and thus drive them away. These spikes are also completely chemical and toxin free, so you will be able to repel moles, without affecting your lawn.

Other forms of repellents include the use of castor oil to target a mole’s sense of smell to discourage their presence from your lawn. Castor oil is used in mole repelling granules that can be placed on your lawn to help deter and repel moles. Despite their effectiveness, granules will have to be regularly applied in order to achieve long term effectiveness.

However, if you do not want to use any chemicals or electronics to deter moles, you can opt for more natural ways to repel moles. These include planting plants like daffodils, marigolds, fritillaries, caper spurge, and castor beans.

Overall, all of these are effective ways to deter moles. However, some moles are not bothered by vibrations or strong scents, meaning you will have to experiment with different methods in order to find the one which is most effective for you.