The raccoon also misspelled “racoon,” is a medium-sized mammal native to North America. They are commonly known for their devious hunting activities. Raccoons were initially meant for the wooded forests and mixed rainforests, but as humans have increasingly infringed on their living area, they have adapted to modern living, where they now share space with humans.

As such, you can find raccoons living on your property, in your attic and other hiding spaces. They will steal food left out in the open, tip over bins and garbage containers, and ransack pet food stores.

But Do Raccoons Bite? 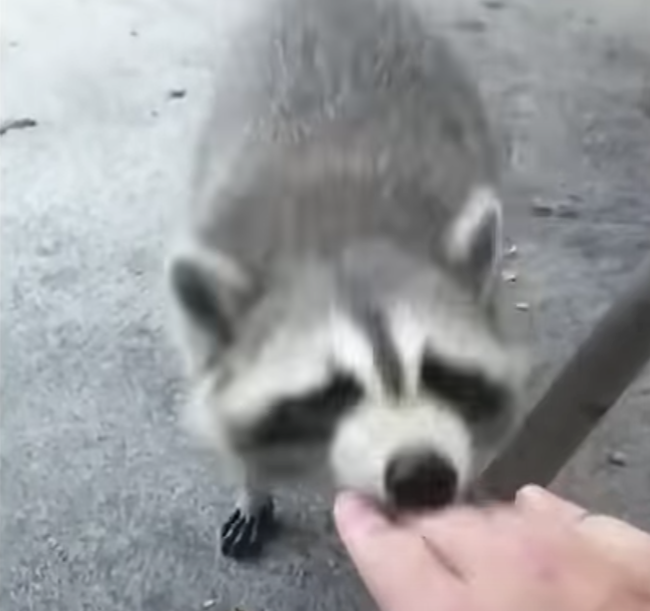 Since raccoons and humans share living spaces, it is quite common for the two to interact at one point or another. The interaction can be aggressive or nonaggressive. However, the vast majority of raccoon interactions are calm. A healthy and unprovoked raccoon will not attack humans. However, the operative word being “unprovoked.” Raccoons are curious, smart animals, that were initially meant to live in the wild.

Currently, raccoons are nearly domesticated animals, primarily visiting residences in search of food.
People typically misunderstand raccoons and freak out when they have a close interaction. Sometimes raccoons get up the courage to come close to people, but most of the time they are just hungry and are scavenging for food. However, people should know female raccoons will do anything to protect their young and will become aggressive if they perceive you as a threat. As such, it’s best that you back up so that you don’t mistakenly give off the impression that you are a threat. Even when female raccoons perceive you as a threat, they more than likely will just assume a defensive posture. In other words, being chased by a raccoon will rarely occur.

When you see raccoons during the day, this may be a red flag because healthy raccoons are mostly nocturnal. However, when food is scarce, it is not uncommon for female raccoons to work day and night to keep their young comfortable and full. In any event, if you notice a raccoon that “looks sick” (i.e., white discharge from the mouth or eyes, walking funny, or making weird sounds), the raccoon may be rabid. Not all raccoons have rabies, but at least 30% of them do. As such, out of an abundance of caution, you should steer clear of all raccoons but especially rabid raccoons, because they are more likely to attack people with any provocation.

Additionally, in general, people should not tempt raccoons by feeding them or offering food, as this will invite them back.

With that being said, close contact with raccoons, such as feeding them by hand, must be avoided so that you don’t expose yourself to potential bites. And if you ever come in close contact with a raccoon, remember that it likely won’t attack or bite you without being provoked.